I received your recent letter detailing the process by which your marriage has been obliterated; you should know up front that my wife and I have been praying for you regularly, as your situation is clearly distressing. Both my wife and I myself encouraged you not to enter into marriage with Jerry, as it was clear to us from the outset that he was manipulative, deceptive, and given to violence, and yet you rejected our advice and proceeded with the marriage anyway. I don’t say any of this to blame or shame you, but to keep the context of the events that led to this point firmly in view. And while I wish that you had come to my wife and I when you discovered your husband’s first affair, that is now in the past, and it is the present with which we must deal. As I understand it your situation is this: you are eight weeks post-pregnancy, and you have discovered that your husband not only didn’t end his adulterous activities, but has been engaged in persistent adultery, to the tune of nearly a dozen affairs, most facilitated by the Internet (Ashley Madison, etc.).  Thus you have taken the baby and left your husband, now that Jerry’s serial adultery has been discovered.

END_OF_DOCUMENT_TOKEN_TO_BE_REPLACED

As Governor Scott Walker of Wisconsin begins to gear up for a potential presidential run in 2016, he’s been showing up more and more in my news feed. As the media continues to dig for dirt behind his reasons for dropping out of college, the media has determined to jump all over the fact that he effectively refused to answer the question, “Do you believe in evolution?” I should point out that the question was posed while he was at a trade summit, leading me to wonder what the question had to do with the immediate situation.

For the sake of full disclosure, I should point out at this point that I was in the middle of a summer internship in Wisconsin when Gov. Walker faced a recall election, and I’ve kept my eye on him ever since. After all, the last man anybody saw play real hardball with labor unions was Ronald Reagan. I should also point out, again for the sake of full disclosure, that I’ve never voted for a major party political figure since I’ve been eligible to vote; I’m way too conservative for the modern Republican party, and in fact I have an equal amount of vituperation for both the Republicans and the Democrats. The only group I dislike more than the Republicrats are journalists.

That being said, when I saw this article appear in my news aggregator, I groaned. Were I a candidate for public office and had this question posed to me, I would have needed to wipe the drool from my chin. The reporter is obviously intending to blind side the governor with what I can only characterize as a “Gotcha!” question. The obvious goal is to make the man look like a moron.

END_OF_DOCUMENT_TOKEN_TO_BE_REPLACED

There’s a great new blog out in the wild, wide blogosphere. You can read the first post here.

Now we’re at the point in our sermon preparation where we’re getting down to the nitty gritty. We’ve outlined the entire book, and then read through the book several times, both in English and in Greek. This has all been done with an eye towards breaking the text up into what I’m going to call preaching portions.

While some ministers prefer to preach on a single verse at a time, I don’t like to preach that way. In my experience, you’ll wind up forcing the text. Ideally, the genre of text should determine the portion you preach; that portion maybe longer (even a lot longer) in a narrative text, and probably shorter in a didactic text. In either case, the portion should present a coherent idea to the listener.

Now that the preaching portion has been determined, the real process of exegesis begins.

END_OF_DOCUMENT_TOKEN_TO_BE_REPLACED

As I have family in town between now and Monday, the series of posts on sermon preparation will not resume until Tuesday, September 2.

So, our convictions are settled and our text has been selected. Now what?

I need to reiterate that this is what I do; you need to decided if you think doing the same things or something similar will help you engage in your preparation.

My next step is to read through the entire book from whence my text is taken several times, and I do it in one sitting. As I do this, there is a single question burning in my mind: “What is the author’s purpose in writing this book?”

END_OF_DOCUMENT_TOKEN_TO_BE_REPLACED

Now that we’ve laid out the convictions that ought to be settled long before men every begin to preach, we’re going to turn to the nuts and bolts of sermon prep. To do so, we need to look at the question that will vex, challenge and haunt every preacher: “What will I preach on?”

END_OF_DOCUMENT_TOKEN_TO_BE_REPLACED 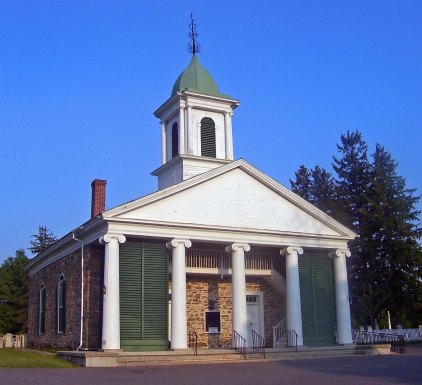 Today I’d like to look at the last conviction every minister ought to have settled in his own mind before ever beginning to preach. Once that is handled, starting tomorrow we’ll get into the nuts and bolts of sermon preparation.

So what is this final conviction? It’s what you believe about you and your people. What sort of relationship are you to bear to those people to whom you will preach?

END_OF_DOCUMENT_TOKEN_TO_BE_REPLACED 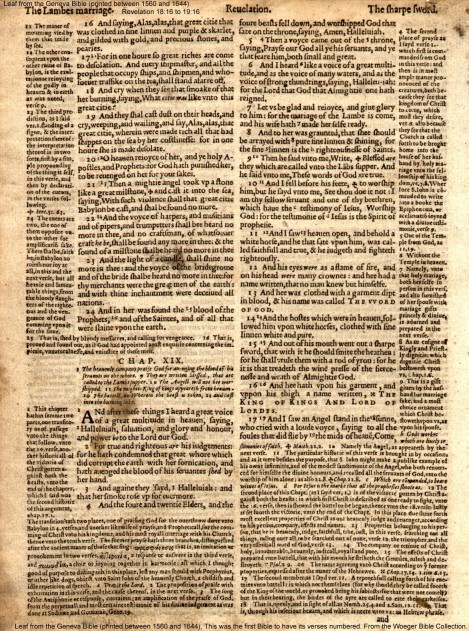 This is especially necessary given that the Bible is what the minister of the Word has been called to proclaim, and with out settled convictions here, all might well be lost. We recognize that God, out of nothing but His mercy, has spoken and continues to speak to all of humanity through his works of creation and providence. And while this “general” revelation makes God’s goodness, wisdom and power known, it is not sufficient to show lost sinners the way of salvation. For this reason, in a further display of His mercy, God made a “special” revelation of this necessary knowledge. It is this special revelation about which the preacher must have certain clear convictions.

END_OF_DOCUMENT_TOKEN_TO_BE_REPLACED

In the last post, I covered some of the daily acts of piety that should undergird our Christian life. They had to be emphasized because the minister is a Christian first, and too often we allow the pressures of life to crowd out the things of God.

Now I want to turn to those things that are foundational to preaching: namely our convictions about ourselves, our God, and our Bible.